Why is productivity growth so low and why does it matter? 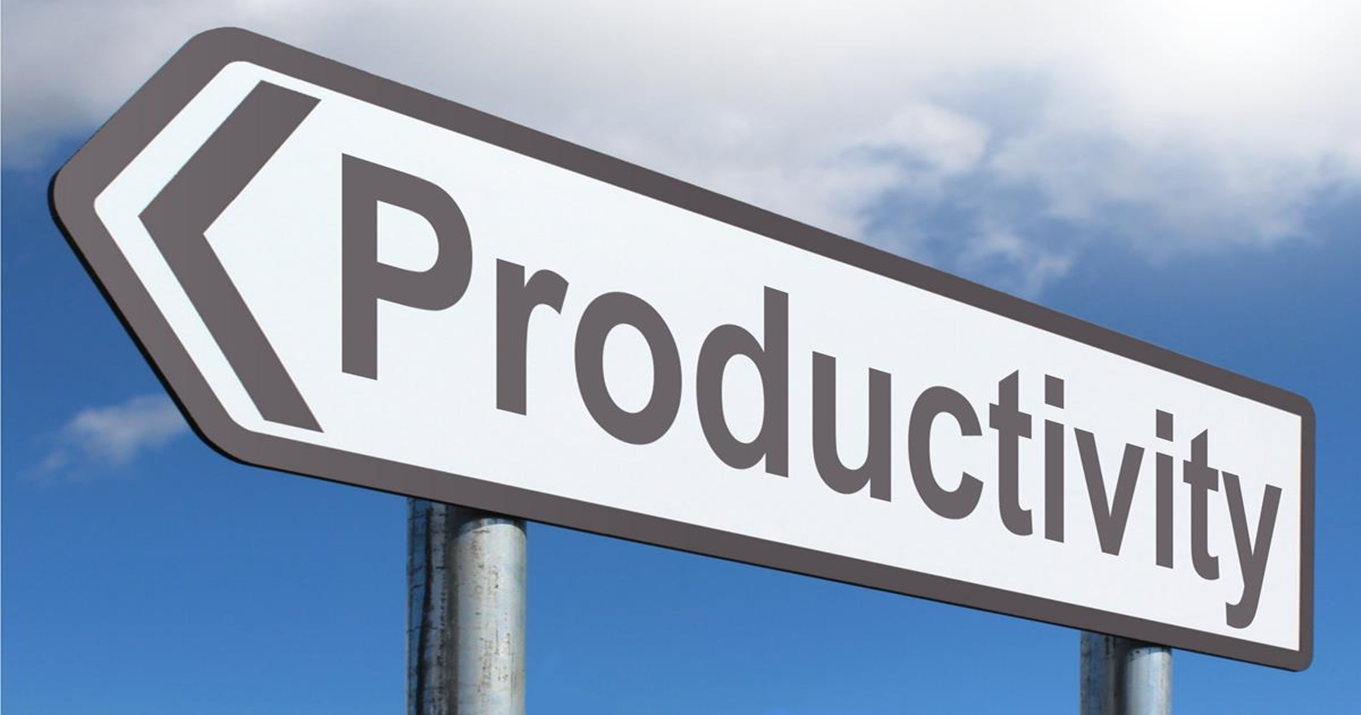 At the beginning of the year, I wrote an article on the outlook for markets and economies in 2022. The piece was rather pessimistic citing concerns about market valuations, too much complacency about rising inflation and not enough consideration of potential conflicts geopolitically. Writing today, as the appalling war in Ukraine continues and Putin’s behaviour goes from bad to worse, I certainly take absolutely no pleasure in the fact that many of my predictions have materialised in just two months. Instead, the whole situation is profoundly worrying and depressing.  Many commentators much better qualified than me, have offered their analyses of how the current situation may pan out so I don’t intend to add to that number. Instead, I want to look at one of the Western democracies’ most intractable long-term problems: lack of productivity growth. I will put forward the main reasons as to why this problem persists, particularly in countries like the US and the UK, and why it is important for all of us, not merely a matter of academic interest to economists. Indeed, to revert to today's awful international political situation, there is an indirect link between poor productivity and the weak position that Western democracies find themselves in today when confronting the most existential threat to world peace since World War 2. At this point I can hear many reading this saying, ‘come on Nick this is impossibly far-fetched'. Please bear with me a little longer and I will try to explain. 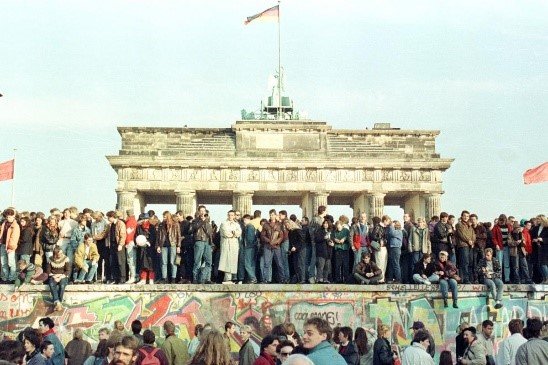 When the Berlin Wall fell in 1989, not only did this seem the final victory for liberal democracies but it also ushered in a period of substantial productivity growth which lasted until the onset of the financial crisis of 2008. While up until COVID, most economies had, to a lesser or greater extent, recovered from the economic crisis by the start of 2020, productivity has remained stubbornly sluggish, particularly in the US and the UK. This is hardly surprising given the low level of non-government investment as a percentage of GDP in both countries.  By 2021, investment in business in the UK had fallen 12% in real terms over the last 5 years, while over the previous 5 years it had grown by 34%. These numbers are staggering but of course are somewhat distorted by COVID. However, it is difficult to argue that Brexit has not also played a part in this marked deterioration.  In a world table of investment as a share of GDP, the UK sits firmly at the bottom at 14%, significantly below the next two worst countries: the USA and Italy (both at 17%). South Korea invests more than double the UK by the same measure.

At the beginning of March Rishi Sunak asked: “How do we accelerate growth and rejuvenate productivity?”. The good news is that, unlike his boss, he recognises the importance of the issue. The less good news is that he did not have an answer to his own question beyond the trite remark that we needed “a new culture of enterprise “! However, to regard productivity stagnation as a UK centric problem would be entirely wrong, it is an issue that Western democracies have failed to tackle successfully for over a decade. McKinsey produced an excellent study on the subject in 2018 (read more here) which is well worth reading. One of the most compelling reasons they identified for the problem is that to date the onset of technology has not yet had a positive effect on productivity growth. In fact, Europe is only operating at about 12% of its digital potential for example. Given the very rapid pace of technological change seen over the last decade, why has the world not adopted the benefits of AI and digitalisation to any great extent to date?  McKinsey remains optimistic that this will happen eventually and cite lag times, costs, and behavioural barriers as the main reasons why progress has not been greater.  While I do not disagree with these conclusions, I would suggest that the major cause of slow productivity growth is a lack of both investment, as evidenced by the previous paragraph, and also of incentives. 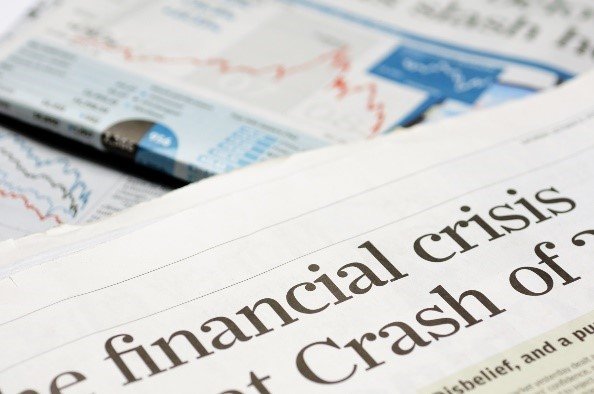 In response to the financial crisis, central banks pumped huge amounts of liquidity into the global economic system to save it from collapse. Their efforts were mainly successful but have had some unintended consequences which may in time prove harmful in a number of ways. For readers who want to delve more into the detail, at the end of this article I have listed some suggested reading. Some of the side effects of a very long period of easy money and very low inflation have created distortions in risk taking and corporate behaviour that have not only economic consequences but social and political ones as well. Since the financial crisis we have seen a transfer of power towards central bankers who have become the dominant economic policy architects at the expense of politicians. The price paid for this increased influence has been a risk transfer away from the corporate sector, which does not bode well for long term economic growth or productivity improvement. Central bank stimulus was the morphine to ease the pain of the global financial crisis, but if we don’t get off it, we become addicted: too focused on getting our stimulus fix to improve our economic health.  The capital markets over the last 10 years have become addicted to quantitative easing and the side effects have been quite destructive in a number of ways. Firstly, let’s look at the incentives and motivations of CEOs of public companies.  As we know, the market capitalisation of Wall Street represents the highest percentage of US GDP than at any other time in history.  By pumping massive (too much?) liquidity into the system, the authorities have contributed to a huge growth in asset price. At the same time senior corporate management are increasingly rewarded by share price appreciation, partially explaining why there have been so many share buybacks in recent years.  These incentives have created a hurrying sickness to drive asset prices higher in the short term (the tenure of public company CEOs is very short) and this has led to little appetite for investing in an effort to improve long-term productivity. Oh and of course if the markets go pop, there is our old friend the central bank to bail everyone out again. In other words, the relationship between risk and reward has become horribly skewed with little incentive for public companies to invest for the long term.

In case you think I am beating up too much on central bankers and corporate leaders, actually we are all to blame for poor productivity.  What do I mean?  If I look at the major technology companies, I would argue their success is not down so much to their technology innovation, but more because they fashioned our behaviours and latched on to our desire for convenience and to own the latest piece of fashion technology.  We use Amazon because it is convenient. Some of us hate shopping and anyway we are pressed for time: we buy the latest laptop or iPhone because of a combination of need and peer group pressure (especially if we have kids!).  In other words, these corporate giants which dominate Wall Street are actually more consumer stocks reflecting our desires than technology companies enhancing greater efficiencies.  Yes, demand plays its part in driving growth, but is not the main driver of productivity improvement. 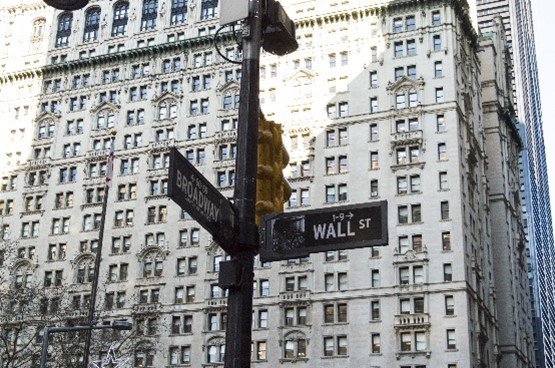 Earlier I argued that there was some link between the international situation and poor productivity. Let me now join the dots: Over the last decade or so (partly as a result of policy responses to the financial crisis), wealth inequality has risen sharply (particularly in the UK) and economic growth has been lacklustre. This has caused problems politically as people have become increasingly disaffected and distrustful of those in leadership positions.  As a result, there have been measurable declines in democracy (as evidenced by the democracy index) and a rise in more populist authoritarian politicians. Democracies need economic growth and a reasonable distribution of wealth to survive and thrive.  Poor productivity growth undermines these two central requirements and therefore it is no real surprise that, faced with an existential threat, Western democracies are battling from a position of relative weakness.

So how should we address the productivity issue?  The McKinsey study posed this question to a group of academics and businessmen, and the overwhelming response was an increase in investment, primarily in human capital and also corporate infrastructure.  This article explains why some of this has not been happening recently, as enterprises haven’t been sufficiently motivated to make the necessary investment and take the entrepreneurial risk to make the long-term commitments. To change the dial politicians will have to show a greater awareness of the issue and come up with policies that incentivise different behaviour from corporate bosses.  Ironically the end of the valuation bubble and rising inflation could do much to concentrate minds. 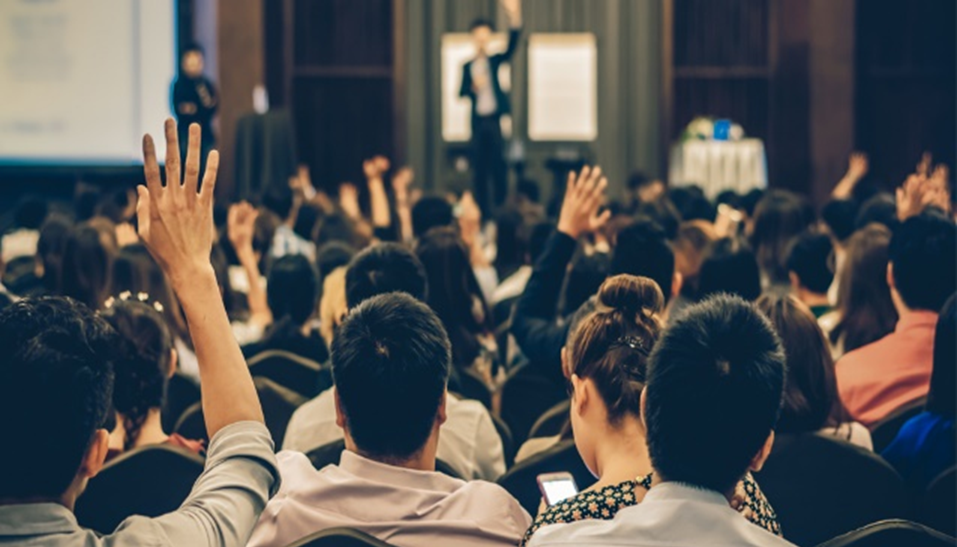 In the UK, there is a particular challenge to greater investment in human capital.  If you compare teenage literacy and numeracy in the OECD table 50 years ago and today, there has been a marked deterioration in performance relative to other countries which it is vital to address. There are signs that this serious deterioration is bottoming out, and let’s pray this is the beginning of a much-needed recovery in educational standards. Given their leadership in business investment and output per capita, it is no surprise that South Korea heads both the literacy and numeracy tables.  The West has lost sight of the pre-eminent importance of education and is paying a high price for this neglect. I remain optimistic that eventually technology will make a difference to productivity and do more to stimulate economic growth.  To a significant extent this has not happened yet because of inertia and requires a generational shift in corporate leadership.  When Joe Walsh wrote in a song “Yeah I’m an analogue man in a digital world “, he could have been describing too many players who are still determining priorities in corporate life and whose financial motivation is linked too strongly to the immediate rather than long term future.  This needs to change and eventually I believe it will, but there is no overnight fix, so beware of politicians bearing gifts!  There is little evidence that changes in corporate tax rates have any meaningful impact on productivity.

2023: It isn’t over until it’s over!
The aftermath of the LDI crisis: Views from afar
When the defecation hits the oscillation…………