2022: A Year of Confusion, Contradiction and Conflict 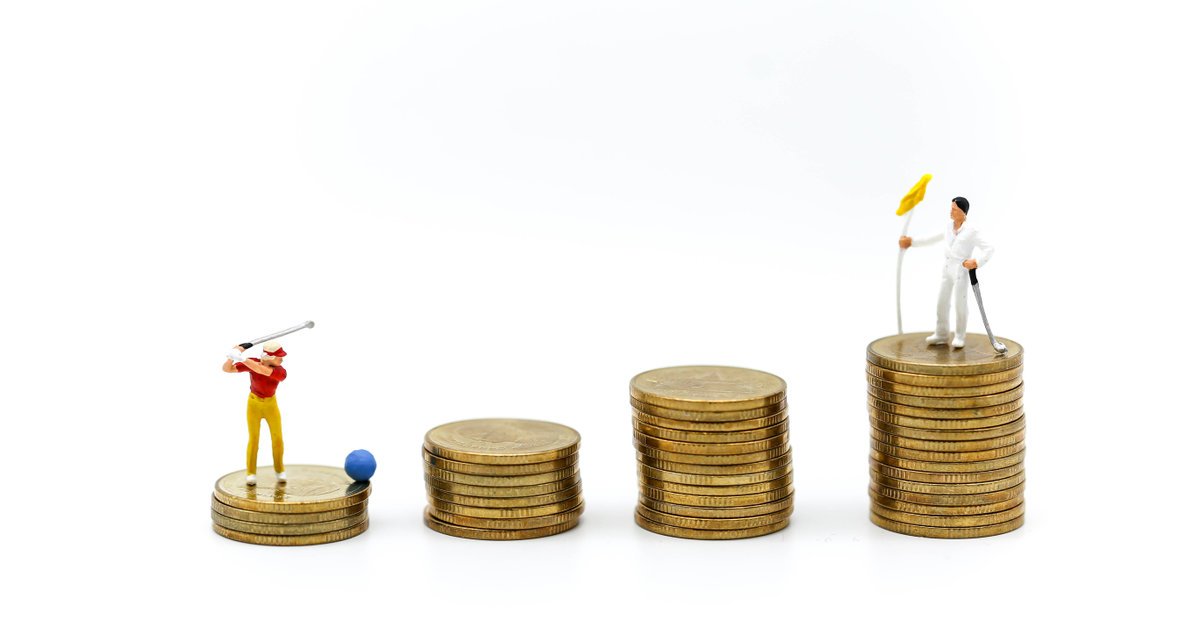 In a former life as a consultant we needed what we called the 3 Cs to ensure our business grew and was a success. The 3 Cs in question were change, complexity and chaos. Fortunately for me these conditions always exist in the investment world. To the degree that we could successfully help our clients manage change, find a way through the complexity and minimise the chaos, the business thrived. Successful investment professionals tend to have low boredom thresholds because the environment they are operating in is always changing in unpredictable and chaotic ways. As an investor you do not win on a permanent basis but if you are lucky you enjoy some temporary triumphs.

The 3 Cs I refer to in the paragraph above are eternal characteristics which manifest themselves every year. However there are another 3 Cs for investors to overcome this year. My sense is that for 2022 the dominant themes for the world’s economies and capital markets are likely to be confusion, contradiction and conflict. To a large extent, this is a continuation of what we saw in 2021. Before looking into the future let’s quickly review how last year worked out.

I think many people will regard 2021 as one of the worst years in their life. It might be a close contest with 2020! What was almost wholly absent was any feel good factor in our everyday lives. So historians in the future will look back and be a somewhat bemused in reconciling the performance of many assets and economies with this downbeat view of life. Of course the explanation is that we are living in extraordinary times due to the Covid pandemic and the normal rules do not apply.

This disconnection between the wealth created though rising house prices and stock markets and the reality of everyday life is worth looking at in a bit more detail. When I wrote the equivalent of this article a year ago what was very striking was the strong consensus among economic and market forecasters as to how 2021 would develop. There was a strong belief that the massive liquidity injections from governments in response to the economic damage of COVID would boost economies without provoking either rises in interest rates or inflation. There was an expectation that COVID would be behind us by the second half of 2021 and that some sort of normality would return to economic life. Obviously this rose tinted view proved to be wide of the mark. Mind you I warned that at the beginning of 2021 that market valuations were very stretched and a cause for concern. Well, that did not work out that well either did it!

Actually, market performance in 2021 reminds me of an important saying in golf. “It is not how, it is how many “. This expression is used when the hapless player makes an ugly lunge at the ball and despite the ball hardly leaving the ground it lands up very close to the hole. Scottish caddies have a wonderful term for this kind of effort, they refer to it as “The son-in-law shot “ ( think about it ). 2021 saw spectacular performance from many assets most notably Wall Street which recorded a very strong return for the 3rd year running. So if I had concerns about valuation a year ago, you can imagine how I feel now. One of the characteristics of bubbles is that in hindsight it was obvious one was living in one.

Why then do investors let them perpetuate rather than run for the hills? Two reasons. Firstly, trying to call when the bubble is going to burst is nigh on impossible as they can last much longer than would appear rational. Secondly, most market commentators have a vested interest in portraying a positive outlook rather than a negative one. It is much more difficult to make money when your clients are losing theirs! Shares in asset management companies outperformed the relevant indices in 2021 in sharp contrast to the average actual performance of their portfolios which underperformed. In other words these firms met their own business objectives but failed to meet their clients'. Hardly a sustainable position I would suggest. So what is the evidence we are in bubble territory?

Not only were the valuations achieved in 2021 confusing to many of us but if you look under the bonnet there were some quite contradictory signals. Despite the growing commitment to ESG and awareness of the impact of climate change, oil and gas shares prospered as prices for those commodities rocketed. The S&P 500 Energy index significantly out-performed - with companies like Devon Energy going up by nearly 200% while the S&P Clean Energy index actually declined in absolute terms and thereby significantly underperformed.

These extraordinary numbers have been achieved against a background of continuing dislocation to the world economy caused by COVID; a definite shift in monetary policy driven by higher than expected inflation outcomes; all usually unhelpful factors. So why were asset prices so resilient? Why were investors prepared to tolerate even more extreme valuations? The only explanation I can offer is that the monetary stimulus since the start of the pandemic created a wall of money that fed through to a rise in asset prices and the increase in the negativity of real interest rates has led to liquidity trumping other fundamental considerations. While this abundance of money continues to exist at the beginning of 2022, higher interest rates and the trend towards greater state intervention created by COVID will result in there being greater competition for these funds over the next year or two.

So what do we know that will help us make good investment decisions in 2022? Inflation is at the highest level in the USA for nearly 40 years and rising fast elsewhere. Optimists believe that this is a temporary phenomenon and by the end of 2022, the inflation picture will have improved. However, there is little evidence to support this rapid turnaround. Even for those of us who believe that technology, automation and digitalisation will be important factors in controlling prices in the long term, need to recognise the scale and strength of current inflationary pressures. It is naive to assume that the disruption of an event like COVID on the world’s economy can be measured in months and and that the journey out of its consequences will be a smooth ride.

The disruption to supply chains, labour shortages and the need for governments to pay for the damage caused will be factors that we will have to live with through this year and beyond. It is also becoming increasingly clear that we will experience “greenflation" (often through higher taxes) as we come to terms with the costs of reversing climate change.   Personally, I anticipate that forecasters will continue to underestimate inflation throughout 2022 and that outcomes will continue to surprise on the upside. This will have a knock-on effect on interest rates which will rise accordingly. Rising cost of living made worse by surging energy prices will sustain wage inflation but also deprive people of the feel-good factor that short term GDP growth and further asset price rises would be expected to bring.

Usually, I am sceptical of the influence of politics on market behaviour. Markets historically exhibit increased volatility around the electoral cycle but then return to the trend in place before politics intervened. To illustrate the point, only an ardent Democrat would argue that the first year of the Biden administration has been an unmitigated success but those that thought a Biden presidency would be bad for Wall Street could not have been more wrong. However, I would argue that in 2022, politics will be important because of the challenges facing governments in relation to economic policies. We have been very used to central bankers’ responses to crises over the last 20 years. Operating within a benign inflationary environment, vast quantitative easing has been successful in staving off Armageddon.

However, COVID differs from the previous financial crisis in a number of important ways. Yes, there is the similarity of shredded public finances but in other ways the policy responses will need to be different. Higher inflation will constrict monetary policy so it will be up to politicians to find ways of meeting the rising bill of the pandemic. This is likely to have consequences for taxation and state intervention that at best can be described as unpredictable. Without being partisan, I think it is reasonable to question whether the quality of political leadership exists around the world to execute economic policy successfully?

This is a global issue but close to home when the Conservative think tank The Adam Smith institute describes the Conservative prime minister of being “Economically illiterate”, you should probably start to worry! Staying with politics, investors are probably not devoting enough attention to the geo-political tensions which are not only a major contributory factor to the energy crisis but threaten conflicts in Taiwan and on the Russian Ukraine border. In an excellent article in the Atlantic magazine, Anne Applebaum suggests that the “autocrats are winning” and this threatens the rule of international law. Liberal democracies having triumphed in the 20th century are losing ground in the 21st and an unexpected flashpoint could undermine markets at any time. If someone had written at any time in the last 100 years, that there was a risk to the global economy and capital markets of a US civil war they would rightly be described as at best delusional and at worst raving mad. However, the political polarisation in the USA today which has led some to question the legitimacy of the current administration while many wonder whether democracy can survive, means that a second civil war cannot be wholly discounted. I will leave readers to imagine what the impact would be if such an event actually occurs.

So how should investors survive this year? I would suggest that getting over-influenced by short term market and economic data will be dangerous. Commentators who take too much notice of the latest GDP and employment data need to wake up and smell the coffee! Patience, a focus on the longer term and rigorous research are virtues that may not be in fashion but I suggest will be worthwhile in the current very challenging economic background. Sadly, access to good quality independent research into any asset class is now difficult to find, but it does exist in small pockets and I would suggest it is worthwhile putting a lot of effort in to find it. Unlike 2021, don’t expect the markets to bail you out so it is worth working on that golf swing to reduce the number of ugly shots: statistically the odds will be against you if you don’t!

Investors Stock Markets
2023: It isn’t over until it’s over!
The aftermath of the LDI crisis: Views from afar
When the defecation hits the oscillation…………